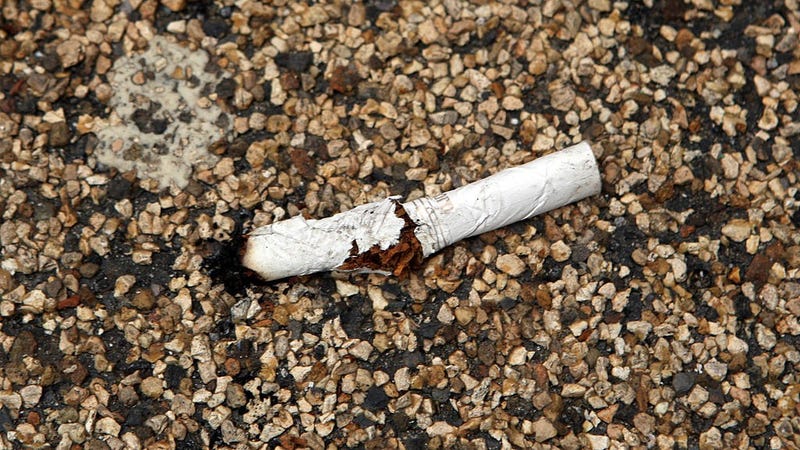 Sometimes all it takes is the smallest bit, or in this case, butt, of evidence to help solve a mystery.

DNA evidence from a cigarette butt that was left at the scene of a 1995 homicide in Washington has led Kitsap County Sheriff’s Office to identify the suspected killer.

They identified Douglas Keith Krohne in connection to the Aug. 25, 1995 murder of 61-year-old Patricia Lorraine Barnes.

She was shot twice in the head, and her naked body was left in a ditch, only partially covered by a sleeping bag, according to FOX 13 Seattle. Nearly 130 pieces of evidence were collected from the scene, but didn’t lead to any suspects.

At the time, Barnes was homeless and stayed at a number of shelters in the Seattle area, according to Kitsap Sun archives.

Krohne died in an accident in 2016 in Nogales, Arizona. Although, Sheriff’s Office detectives decided to reopen the case in April 2018, along with 18 other unsolved murders, and tried to piece together sketches of the suspect and find any matches to DNA evidence.

Through forensic testing done at a Texas lab with the company Othram, the info eventually led them to Nogales, where local authorities had a DNA match.

The DNA evidence was confirmed to match Krohne on Feb. 7, according to the New York Daily News.

Kitsap County Sheriff’s Detective Mike Grant spoke to FOX 13 Seattle how the DNA from a cigarette butt led them to find the suspect from the unsolved murder.

“The linchpin for the evidence was a cigarette butt that was found at the body dump location,” Det. Grant said. “The evidence on the body could mean one of two, three different things but when you have a cigarette butt with the DNA and the DNA on her body and on items around her body, it was conclusive to me that we had the right guy.”

Krohne had previous addresses in Seattle and Tacoma, Washington. He also had a long list of criminal history throughout the state in the 1980s and 90s, including first-degree robbery, second-degree kidnapping, and three other felony convictions. He would have been 33-years-old at the time of Barnes’ murder.

“How they were connected or how they came to meet, nobody knows,” Det. Grant said. “Douglas isn’t mentioned in any other reports as an acquaintance or a witness or a person of interest. I went through all of the other tip, logs and no one mentioned his name. It was a complete random encounter I would suspect.”